↓ Skip to Main Content
Home › Writing › What’s in a name?

What’s in a name?

Lara Russell Posted on March 8, 2020 Posted in Writing No Comments

Coming up with character names, especially minor character names, can be challenging. Long after protagonists’ names have been established, an unexpected change in the plot can result in having to name another character when all you want to do is write and instead, it breaks the flow of writing.

Then I get distracted by the origins of names and that’s another half hour gone.

Recently, I’ve been doing a fair amount of family genealogy research and of course, the most important bit of information to know about a relative is their name, usually found in a paper trail left behind. My rellies were generally ‘from’ or ‘van’ somewhere, which gives additional clues and also makes their birthplace easier to find and research. Useful for genealogy research – not for naming characters and getting on with it.

So, what makes naming characters as important? One reason could be that in real life it may just be the most essential bit of information to know about someone. Like most people, I find myself resisting the urge of an eye roll when someone who happens to have known you for years, calls you by someone else’s name, just because you have the same hair colour, or your names end in the same ‘a’ sound or you happen to be friends. It happens quite a bit.

At the risk of a song being stuck in your head for the rest of the day, this really reminds me of The Ting Things’s song – That’s not my name.

One of the reasons I think names get mixed up, is that our brains like to group things to make sense of it. This could be by things like similarity, proximity, continuity or closure [Gestalt theory], which makes it even more crucial to give characters names that won’t be confused with that of others, to avoid the ‘who is that again?’ moment for readers, myself included.

So how do you choose a name for a character you didn’t anticipate? All I know is it’s best to keep the shortlist short, otherwise the time it takes to make a decision increases. [Hick’s law]

I told you I get distracted. 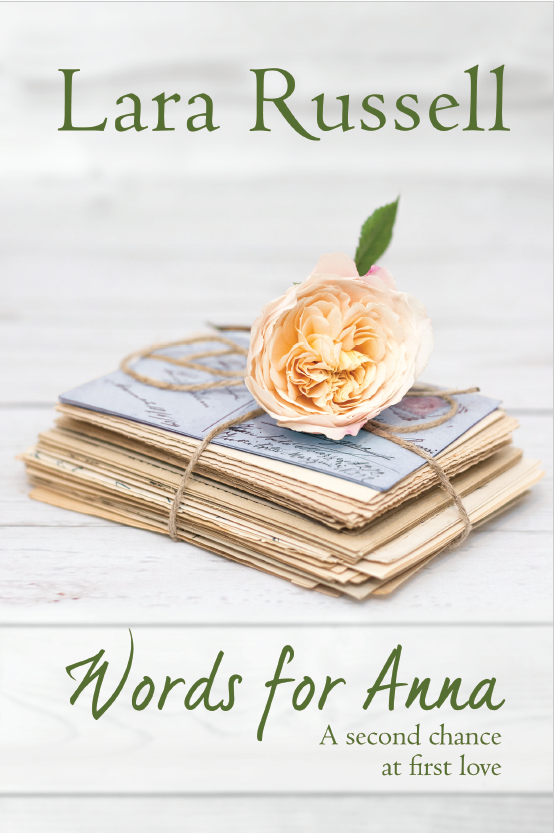 This site uses Akismet to reduce spam. Learn how your comment data is processed.

The Holiday Romance: available now! Click on image to get your own copy.

Words for Anna: Click on image to get your own copy!

Lara believes in happy endings. Not the endings of fairy tales, but the kind that she’s found in almost every romance novel she’s ever read. Her characters come to believe too, and they are never disappointed in the end.

Lara lives in Australia with her husband and their Labrador puppies. They are in the middle of an unfinished renovations project, which may, or may not, be completed before her next book is.

The Holiday Romance is her second novel, following her debut novel, Words for Anna.

@crazycajunadl at home - definitely a memorable #a

Looking for a #BlackFriday bargain/stocking filler

‘The Holiday Romance’ is a tale of love in the

I'm very proud to announce the release of my secon

My favourite: #birthday #degustation at @darrysver

@ the longest outdoor covered escalator in the wor

This website uses cookies to improve your experience while you navigate through the website. Out of these, the cookies that are categorized as necessary are stored on your browser as they are essential for the working of basic functionalities of the website. We also use third-party cookies that help us analyze and understand how you use this website. These cookies will be stored in your browser only with your consent. You also have the option to opt-out of these cookies. But opting out of some of these cookies may affect your browsing experience.
Necessary Always Enabled
Necessary cookies are absolutely essential for the website to function properly. This category only includes cookies that ensures basic functionalities and security features of the website. These cookies do not store any personal information.
Non-necessary
Any cookies that may not be particularly necessary for the website to function and is used specifically to collect user personal data via analytics, ads, other embedded contents are termed as non-necessary cookies. It is mandatory to procure user consent prior to running these cookies on your website.
SAVE & ACCEPT